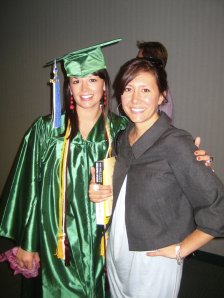 It’s official. My sister is onto adulthood and over with the relatively carefree days of college. As most of us know, this is a particularly terrifying and exhilarating phase of life, that leads from periods of euphoria to moments of extreme panic. It’s a rather schizophrenic feeling, but not in a requires-hospitalization kind of way. Your mom and dad want to know what you are doing with your life, and coincidentally you are asking the same question. No one seems to have the answers, although consulting the Magic 8-Ball is tempting. Magic 8-Ball is wonderfully vague, while your parents are more specific with suggestions like ‘Move out’ and ‘You could always work at Applebee’s while you look for an entry level position.’

The point is that life doesn’t end or begin as simply as we hoped it would once you move your tassel to the right and toss that dangerously pointy hat in the air. I’m still not where I thought I would be when I graduated in 2003, and I’m nowhere near the spot I’d guessed I’d be when that 2005 graduation rolled around. And where exactly, was I thinking I’d have ended up? Madagascar, Chicago, Honolulu, who knows. The point is that I never had an clue, so I couldn’t have made it there no matter what kind of magic carpet ride I’m on. Point yourself generally in the direction you are hoping to get, dig in and hold on. My sister, of all people, will end up somewhere fabulous and mostly likely sunny, blowing us all out of the water. Just ask her.

Before this post rambles on the way a typical graduation speech does (the speaker at Alley’s commencement got from Christopher Columbus to Jamaica to Facebook in a matter of 5 minutes, leaving me bored), I want to say CONGRATULATIONS to my baby sister. And thanks to all those friends and family who came to East Lansing to celebrate with us. As much as my inner self only screams “Go Blue”, today I’m willing to say “Go Green, Go White” for my sister. 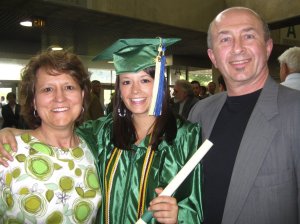 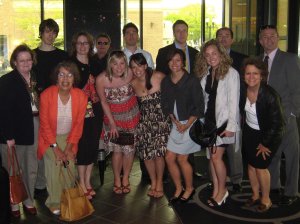 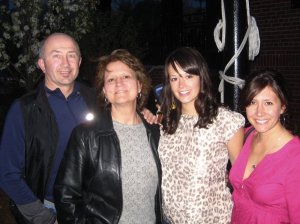 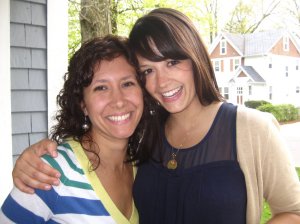 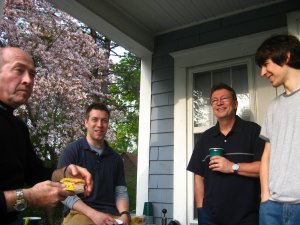 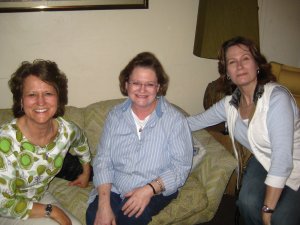 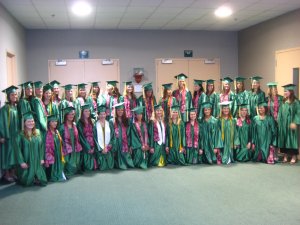 One thought on “Let Life Commence”