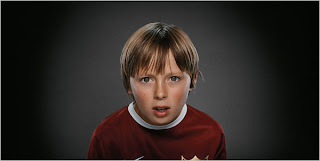 I know I ruffled a few feathers in the past by proclaiming my distaste for video games like Guitar Hero and now the ever present Rock Band. I know people have a new found weapon in the arsenal in defense of video games in the Wii, a console that can require physical exertion in some of it’s games. Perhaps that argument is valid, and the Wii and WiiFit games that encourage movement are a meeting of the video game culture with the health and fitness movement. But similar to my feelings about playing pretend, plastic instruments rather than learning to play real ones, I feel that people who want to get active should…go outside! Play a team sport, jump up and down to music, ride your bike around the block. But something that disturbs me more than the generally sedentary nature of video games is the incredibly and seemingly increasingly graphic violence that some of them contain. Truth be told, I don’t spend any time playing and virtually no time watching video games, but a recent photo story and accompanying video of Robbie Cooper’s project ‘Immersion’ gave me pause and, frankly, scared me a little. How am I going to keep my kids from becoming video game zombies without making them hate me? Questions like these are the reasons why I’m sticking with dog-children for now.

Clearly, one artistic photo collection does not explain the entire culture of gaming and the range of ages, game types and dedication levels that are involved. Many of the comments on Robbie Cooper’s blog point to the massive amounts of information and conditions that affect the overall issue. But as Cooper points out in his responses, despite some claims of a breach of ethics by letting these children play games that are rated for children aged 17 and older, the reality is that the ratings mean very little in real life. Kids are playing these games, sometimes supervised and sometimes very unsupervised. As disturbing and dramatic as the still images are, the video has it’s own eerie quality when you hear the sounds of gunfire, explosions and screaming in the background. I don’t have children, so maybe it’s easy for me to say that I would not be comfortable having such violence be the main form of entertainment for any offspring I may have. Some may say that it’s because we were girls, but my sister and I focused on mostly imagination based play. We romped around outside, we played out elaborate scenarios with dinosaur figurines, we enjoyed playing school/restaurant/grocery store with my parents as willing (and probably exhausted) as the pupils/patrons/customers. We played the odd game of Duck Hunt or Burger Time on original Nintendo, I even got a Gameboy once but never moved beyond the games included in the original box, PaperBoy and Tetris. It’s not that my childhood was perfect or that we were especially interesting children, but we did use our imaginations and physical bodies in a way that children raised in this digital age never have to do.

Sure, there are other things that can leave adults and children fixated. I’ve seen babies stare at their own hand or foot with an incredible amount of wonder and intensity. Dave watches hockey with a focus that can only be broken by loud noises (or the shrill sound of my voice calling his name). My dad blows through a paperback standing up in the kitchen while the entire family swirls around him madly, and he doesn’t hear a thing. And other forms of technology seem to have a similar effect on their pre-digital counterparts in the way that video games correlate to outdoor play. E-mail replaces letter writing, texting replaces talking, GPS replaces maps and emoticons replace actual human faces. There are, of course, pros and cons to all of these developments, and I admit to being highly dependent on several of them. But for some reason the violence, isolation and stillness that can be associated with video games make me more uneasy, perhaps because they are most prominent and popular among children who are still developing their ideas of the world and their methods of social interaction.

Put down the controller, close your slack-jaw and give your thumbs a rest! Breath the air, hear the quiet, discover the real version of the world you explore in your games! And if you’re reading this from you mom’s basement, move out. For the love of god, move out. 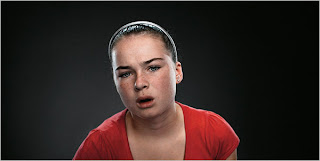 4 thoughts on “Close Your Mouth, Open Your Eyes”