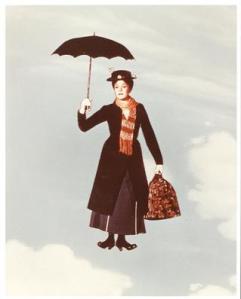 Another major adjustment to our life abroad is that, for me, finding work can prove difficult. Furthering my career isn’t our focus right now, but having something to do outside of the house and finding a way to bring in a bit of extra cash is always a priority. Visas, language barriers and the transient nature of our lifestyle have all proven to be barriers to such an opportunity in the past.

However, with some luck, a bigger city, and the use of my prolific charm, I’ve landed a part-time nanny position for a French-Swedish family. They have a 2.5 year old boy, who we’ll call N, and a 1.5 year old girl, E. I pick them up from nursery school at 4pm, feed them dinner, bathe them (technically, they have to shower since Norwegian children grow up deprived of the tub experience), entertain them for a while, clean up after the mess we’ve managed to make in a mere two hours, and then put the little E in bed and wait for Mama and Papa to get home around 7pm. Easy as that, Monday through Thursday, getting paid an hourly wage comparable to that of an MSW in the United States. Sad, yet glorious.

Caring for children isn’t something I ever thought I’d be doing as my ‘profession’, but it’s flexible and engaging and pretty perfect for our circumstances. Considering that most of my daily interaction doesn’t extend beyond Dave, the dogs and local shopkeepers, it’s nice to feel busy and responsible for those few hours a day. It’s also nice to still have the mornings and the weekends to myself, because even though I know Dave’s job is hockey and he does work hard, it would be really depressing to know he has the bulk of the day off every single day if I had to go to some kind of 9-5 gig.

There are, as you might have predicted, a few quirks to this job. Not only am I now enmeshed in the world child-rearing, I’ve been thrust into that world in a foreign country, where even the parenting bits that I do know about may not be valid anymore. For example, when I arrived at the nursery to get the children a few days ago I happened to find myself in the middle of a parent-child sing-along. I entered as quietly as I could, fake lip-synched to a Norwegian children’s song, and then socialized awkwardly for a few minutes during the complimentary coffee and waffles hour. During those awkward moments I learned that nursery schools here don’t allow children to wear scarves (choking hazard), just neck warmers. If you installed the mittens with the connecting strings into your child’s coat, those strings have to be cut upon admission to the school. ‘Safety first’ must be a motto that also translates into Norwegian. Fresh air cures everything, running around in tights, slippers and your shirt (boys and girls) all day is totally normal, and weather is no barrier to outside play. Additionally, the French/Swedish children in my care seem to know how to go limp noodle to avoiding having to put their snowsuits on, it seems that more than a few things are universal.

The hardest 20 minutes of my work day involve gathering the children at the nursery, dressing them in their winter gear, and walking the roughly 60 meters from the nursery to their apartment, pushing a stroller containing little E and holding the very wiggly mittened hand of N, whose greatest desire is to jump into the canal to be nearer to the boats he sees there. Once we get into the building, they are quickly and mercifully distracted by the elevator. By the time we’re in the apartment, most of the crankiness that led to the limp noodle routine earlier is gone and they are happy and excited. Mealtime is our first priority, and while I quickly prepare noodles or scrambled eggs (they have a blessedly simple palette) they reunite with the toys they missed all day while they played with the toys at the nursery. Kids are REALLY into toys, as it turns out.

Getting them to eat isn’t incredibly difficult, but if someone is feeling finicky there is a short lag time while we go through a list of what I can provide to them while they either say ‘oui’ or ‘non’ or ‘ja’ or ‘nei’ or stare at me blankly. The 10 minutes during which they eat is the quietest period of our time together each afternoon. Ahhh the peace that full mouths can provide.

Part of the reason why I was a good candidate for this position is my status as a native speaker of English. The mother explained to me that while the children are already bilingual (speaking only French with mom and Swedish with dad) and are working on a third (they are spoken to in Norwegian at nursery school), it is important to them that the children learn to understand and speak English before their return to London in a couple years. She hopes that having an English speaker, ‘even American English’ (ouch!), with them for a portion of each day will begin that process.

After a couple weeks, I can only say that it is, indeed, a process. While N is able to parrot anything I say (me: “Are you hungry?” him: “Are you hungry?” me: “No, are YOU hungry?” him: “No, are YOU hungry?”), there’s yet to be a spontaneous outburst of spoken English or any verifiable signs that they understand my words as anything more than sounds with corresponding hand gestures. We do a lot of guess and test, pointing and charades, hopefully getting it right about 50% of the time. We watch cartoons in French, Norwegian, Swedish and English, just to cover all the bases, and I get about as much from those I can’t understand as I do from those I can.

I can already tell that this work experience is going to provide valuable life lessons while also exposing me to innumerable germs which will undoubtedly boost my immune system. Getting to know N and E has already been really lovely, they are happy, curious, fun-loving little people who are gracious enough to let me into their inner circle. Feeling that I am contributing to the financial stability of our family, as I got used to doing last season, has made Norway seem that much more homey. And I’ve already learned more French words than I could have expected to know in a lifetime.