As I was warned would happen, our girl has developed a princess fascination. It seeped in from culture, was nurtured by the part of her DNA that she shares with my sister, and results in a skirt worn all day and all night, a wand in hand to make spells at all times (princesses are also sorcerers) and a general love of spinning in circles singing.

As much as I want to fight it, I’m just going with it. I’m not decking us out in barfy Disney princess misogyny products, but I’m also not going to take away her favorite flight of imagination.

Besides, in this picture she has named herself ‘Doctor Princess’ and her father is ‘Princess Daddy Puppy’ so there is some flexibility, it would appear, in what portions stereotypes are favorable. 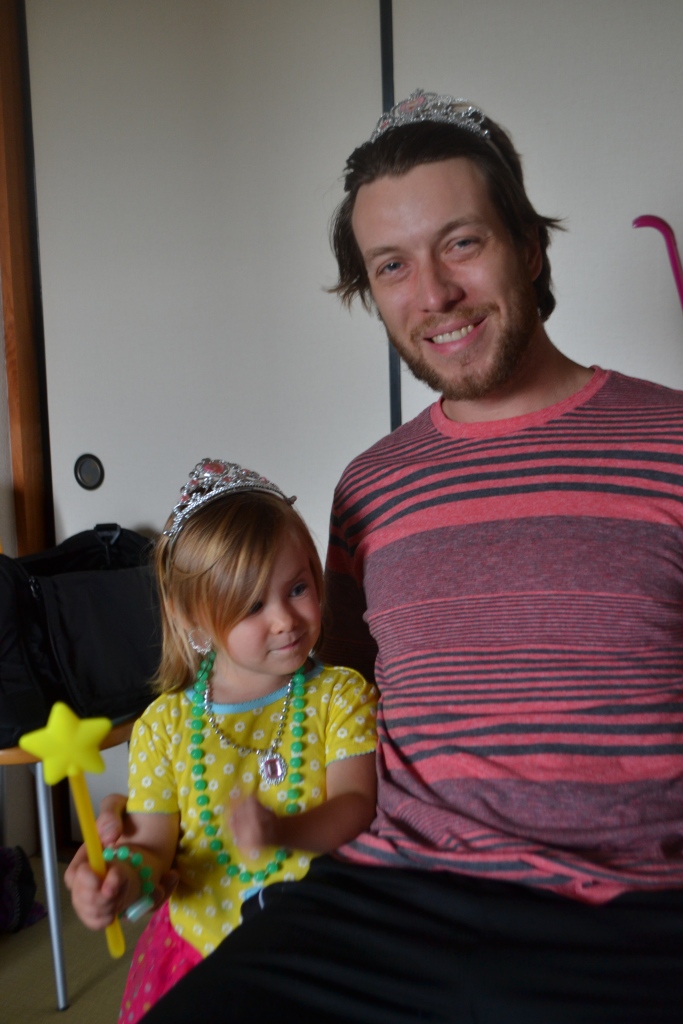